FORT WORTH, Texas — American Airlines raised more than $1.2 million for Answer ALS this week through its annual Charity Golf Tournament presented by Citi.

“We are honored to continue our partnership with Answer ALS and support them on their way to raising $45 million for this critical, first of its kind, research project,” said Chairman and CEO Doug Parker. “Many of our team members have been impacted by ALS, and we hope that by bringing attention to ALS, we can raise further awareness and fundraising support to help find a cure.”

ALS, or amyotrophic lateral sclerosis, is a progressive neurodegenerative disease that affects nerve cells in the brain and the spinal cord. Commonly referred to as Lou Gehrig’s disease, after the famous baseball player who was diagnosed with it, more than 5,600 people are diagnosed with ALS each year.

“My friend, First Officer Doug Hetzel, a former MIA-based pilot, battled ALS for more than nine years before passing away in 2017,” said Captain Rich Williams, a Miami-based pilot. “Doug was a caring and courageous man who served as a Special Operations pilot in the United States Air Force before joining American. Knowing Doug and hearing so many heartbreaking stories of others who have ALS has moved me to act and become involved in any way I can. And then to see the company I work for do the same is incredible. I’m so proud of the Charity Golf event.”

More than 450 golf enthusiasts, team members and individuals attended the annual fundraiser, with all funds going toward further research in finding a cure for the disease. The all-day event concluded with an outdoor concert featuring Dallas’ favorite ’80s tribute band, The Spazmatics.

“We are so grateful for the support the American Airlines Golf Tournament provides for Answer ALS,” said Dr. Jeffrey Rothstein, director of the Brain Science Institute and the Robert Packard Center for ALS Research at Johns Hopkins University and the executive director of the Answer ALS research project. “Not only is it one of our favorite events all year, the funds raised help us move the needle further and faster in ALS discoveries than ever before. This commitment has ensured we continue that momentum. Answer ALS is the single largest coordinated ALS research effort in history to find a treatment or cure for ALS. There are more than 20 different entities and leading institutions participating in this effort. American’s commitment has expedited our mission to find the cause and ultimately a treatment for the disease.”

In 2016, American announced a multiyear financial commitment of $1 million to the Answer ALS research project through the Answer ALS Foundation. The funds raised at this year’s charity golf tournament are in addition to that commitment.

Answer ALS and American have also partnered to assist American team members and their dependents who have been diagnosed with ALS. Team members have access to help with navigating the disease, expert clinic referrals, resources for Medicare benefit information, new assistive technologies and more.

About American Airlines Group
American Airlines offers customers 6,800 daily flights to more than 365 destinations in 61 countries from its hubs in Charlotte, Chicago, Dallas-Fort Worth, Los Angeles, Miami, New York, Philadelphia, Phoenix and Washington, D.C. With a shared purpose of caring for people on life’s journey, American’s 130,000 global team members serve more than 200 million customers annually. Since 2013, American has invested more than $28 billion in its product and people and now flies the youngest fleet among U.S. network carriers, equipped with industry-leading high-speed Wi-Fi, lie-flat seats, and more inflight entertainment and access to power. American also has enhanced food and beverage options in the air and on the ground in its world-class Admirals Club and Flagship lounges. American was recently named a Five Star Global Airline by the Airline Passenger Experience Association and Airline of the Year by Air Transport World. American is a founding member of oneworld®, whose members serve 1,100 destinations in 180 countries and territories. Shares of American Airlines Group Inc. trade on Nasdaq under the ticker symbol AAL and the company’s stock is included in the S&P 500. Learn more about what’s happening at American by visiting news.aa.com and connect with American on Twitter @AmericanAir and at Facebook.com/AmericanAirlines. 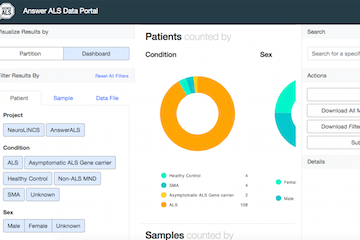 The first set of Answer ALS study data is now available to request at data.answerals.org. Just two months after reaching our... 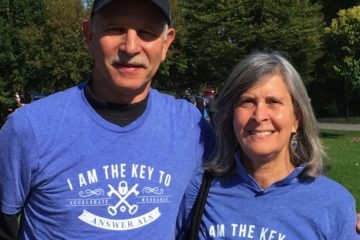 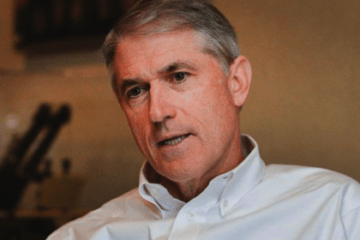