Amyotrophic lateral sclerosis (ALS), sometimes called Lou Gehrig’s disease, is a rapidly progressive, invariably fatal neurological disease that attacks the body’s nerve cells (or “neurons”), which are responsible for controlling voluntary muscle movement – that includes moving the arms, legs, face and more. The disease belongs to a group of disorders known as motor neuron diseases, which are characterized by the gradual degeneration and death of motor neurons.

When motor neurons degenerate or die, muscles no longer receive signals from the brain that they need to move. Unable to function, the muscles gradually weaken, atrophy and experience very subtle twitches (called “fasciculations”). Eventually, the ability of the brain to start and control voluntary movement is lost. When muscles in the diaphragm and chest wall fail, people lose the ability to breathe without ventilatory support. Most people with ALS die from respiratory failure, usually within 3 to 5 years from the onset of symptoms. However, about 10 percent of those with ALS survive for 10 or more years. Many people with ALS can maintain a strong and productive quality of life by choosing to work with technologies and seeking assistance from groups specializing in care for people with advancing physical disabilities.

Although the disease usually does not impair a person’s mind or intelligence, several recent studies suggest that some people with ALS may have depression or alterations in cognitive functions involving decision-making and memory. Counseling and sometimes medication can improve outlook on life and help family and friends handle the changing physical and emotional needs.

Patients usually maintain control of eye muscles and bladder and bowel functions, and ALS does not affect a person’s ability to see, smell, taste, hear, or recognize touch. 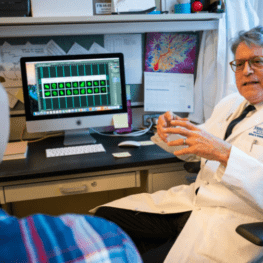 ALS is classified as a rare disease, but is the most common motor neuron disease, which affects people of all races and ethnicities equally.

In much of the world, rates of ALS are unknown. In Europe, the disease affects about 2.2 people per 100,000 per year. In the United States, more than 5,600 are diagnosed every year, and up to 30,000 Americans are currently affected. ALS is responsible for two deaths per 100,000 people per year.

In 90 to 95 percent of all ALS cases, the disease occurs apparently at random with no clearly associated risk factors. Individuals with this sporadic form of the disease have no family history of ALS, and their family members are not considered to be at increased risk for developing it. About five to ten percent of all ALS cases are inherited. The familial form of ALS usually results from a pattern of inheritance that requires only one parent to carry the gene responsible for the disease. Mutations in more than a dozen genes have been found to cause familial, or hereditary, ALS.

WHAT ARE THE SYMPTOMS?

The onset of ALS may be so subtle that the symptoms are overlooked. The earliest symptoms may include fasciculations, cramps, tight and stiff muscles, muscle weakness affecting an arm or a leg, slurred and nasal speech, or difficulty chewing or swallowing. These general complaints then develop into more obvious weakness or atrophy that may cause a physician to suspect ALS.

Many individuals first see the effects of the disease in a hand or arm as they experience difficulty with simple tasks requiring manual dexterity such as buttoning a shirt, writing, or turning a key in a lock. In other cases, symptoms initially affect one of the legs, and people experience awkwardness when walking or running or they notice that they are tripping or stumbling more often.

Regardless of the part of the body first affected by the disease, muscle weakness and atrophy spread to other parts of the body as the disease progresses. Individuals may develop problems with moving, swallowing (dysphagia), and speaking or forming words (dysarthria), as well as muscle spasticity, exaggerated reflexes, muscle weakness and atrophy, muscle cramps and fasciculations.

Although the sequence of emerging symptoms and the rate of disease progression vary from person to person, eventually individuals will not be able to stand or walk, get in or out of bed on their own, or use their hands and arms. Difficulty swallowing and chewing impair the person’s ability to eat normally and increase the risk of choking. Maintaining weight will then become a problem. Because cognitive abilities are relatively intact, people are aware of their progressive loss of function and may become anxious and depressed.

A small percentage of individuals may experience problems with memory or decision-making, and there is growing evidence that some may even develop a form of dementia over time. Health care professionals need to explain the course of the disease and describe available treatment options so that people can make informed decisions in advance. In later stages of the disease, individuals have difficulty breathing as the muscles of the respiratory system weaken. They eventually lose the ability to breathe on their own and must depend on ventilatory support for survival. Affected individuals also face an increased risk of pneumonia during later stages of ALS. Read more about ALS and ongoing research by exploring the links below.

HOW IS ALS DIAGNOSED?

HOW IS ALS TREATED?

WHAT RESEARCH IS BEING DONE?